"We will see an evolution from the passive energy end-user as we know him right now to a much more active end-user in the future."

We interviewed our project coordinator Erik Laes on the goals and aims of the S3C project. Erik Laes is an expert at VITO (Vision on Technology) in the Department 'Transition Energy & Environment'. He took over the role of project coodinator of th 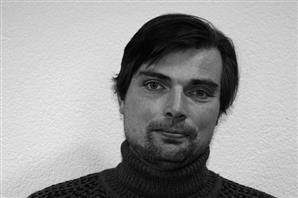 Questions about the project and its goals:

·         Hello Mr. Laes. You are the project coordinator of the EU FP7 project "S3C – Smart Consumer, Smart Customer, Smart Citizen”. What is the project in general about and what are the main goals?

The S3C project in general is about the energy end user of the future. Gradual but far-reaching changes on the energy market and in particular the ever increasing share of intermittent renewable energy production make the development of ‘Smart Grids’ a necessity. A Smart Grid is a grid that can intelligently integrate all the actions of the actors connected to it, both on the demand and production side. In this Smart Grid of the future, end-users play a crucial role, because they are expected to adapt their energy demand to the needs of the grid. However, end users will only accept this new role if the new Smart Grid technologies answer in some way to their needs and motivations. Different end users will be motivated by different needs and desires, such as the need to lower electricity bills, the desire to live in a more environmentally-friendly way, or the desire to be up-to-date with the latest gadgets. That is why we distinguish between the three ‘SCs’ (consumers, customers and citizens). The main goal of S3C is therefore to provide a better actionable understanding of the relationship between the design, implementation and use of particular Smart Grid technologies and end-user interaction schemes and the promotion of ‘smart’ energy end user behaviour.

·         There are several other R&D projects dealing with Smart Grids. What is the difference about the S3C approach in contrast to these projects?

The majority of Smart Grid demonstration projects today focus on technological developments and the functioning of electricity grids. Up to date, there is little insight on how daily energy-related practices and behaviours could be altered by the new possibilities offered by Smart Grid technologies (e.g. smart appliances, in-home displays, feedback via smartphone, etc.). Nor is there a comprehensive view on the more active (market) positions end-users from households and SMEs could occupy in future energy/electricity value chains. That is why in S3C we want to approach the Smart Grid from the end-user point of view: what makes households and SMEs want to participate in Smart Grid projects? What’s in it for them? How to engage them and keep them engaged? In other words: we give centre stage to the end-user and his/her experiences with using smart grid technologies.

·         You differentiate between passive and active partners. What do you mean by that?

In S3C, we make a selection of the most interesting and promising Smart Grid projects in Europe, based on learning potentials from the point of view of end user engagement. This we call the "Family of Projects”. The Family of Projects (FoP) is composed of passive and active projects. Passive partners are members of the FoP from whose experience a lot can be learned regarding end user engagement strategies. Passive projects will be the subject of an in-depth and detailed investigation. Active partners are members of the FoP who are available to modify their Smart Grid project implementation so as to allow testing and validation of the S3C toolkit.

·         When does the implementation of the toolkit start?

Questions concerning the role of the end-user in Smart Grids

·         Until now, the behaviour of end-users didn’t play a big role for the functionality and maintenance of electricity grids. Why should they now play a big role and how does the S3C-project want to change this?

In today’s electricity systems, the generation of electricity corresponds closely to demand at any given time. This is the principle that underlies the functioning of the network. But it is becoming increasingly difficult to maintain. Our traditional generation capacity is dropping: energy producers are shutting down older and unprofitable plants, and some countries are also in the process of gradually phasing out nuclear generation. At the same time we bring additional sources of generation online, mainly in the form of wind and solar energy. But those energy sources are driven by the weather, not by the demand for energy. On windy and sunny days this results in energy surpluses, increasing the risk of power grid failures. By the same rule, this also increases the risk of energy shortages, which can arise on cold, grey and windless winter days when demand is high. The current changes in the production model can be solved in part by reversing the inherent logic: by tailoring energy consumption to the supply. S3C contributes to this by investigating and identifying the most effective ways (from the end-user point of view) for adapting energy consumption in households and SMEs to energy generation.

·         Which are the new roles of the actors in the future Smart-Grid world, which actors will arise and how will the grid change?

On the end-user side, we will see an evolution from the passive energy end-user as we know him right now to a much more active end-user in the future. Some end-users will still be mainly energy consumers, but they will additionally be able to offer demand flexibility to the energy market via smart appliances. A new energy market actor called an ‘aggregator’ will offer the demand flexibility of a large number of households on the energy market to other actors who are interested in acquiring this flexibility for their purposes (e.g. a DSO might be interested in voltage control of the grid; a utility might be interested in optimizing his production portfolio, etc.). Other end-users will have energy storage devices (e.g. batteries) installed on their premises and/or will dispose of decentralized energy production technologies (e.g. solar panels, micro-CHP). The latter are called ‘prosumers’. When put under the control of a central control entity, the storage and production capacity of a large number of individual end-users can replace a conventional power plant while providing more flexibility. This is called a ‘virtual power plant’. However, a VPP is also a complex system requiring a complicated optimization, control and secure communication methodology. The grid will change from a ‘waterfall’ structure today (electricity is generated by centralized power plants and is distributed to end-users via high-, medium- and low-voltage grids) to an ‘internet of energy’ (a complex network of information and energy flows connecting many different generators with many different end-uses and storage capacities).

Questions about the current and future development of electricity grids.

·         If you imagine the future of the electricity grids, what is your vision for the future?

To have an idea of what the future of the electricity grid might look like, I think you can get some inspiration from developments in the telecom industry since a decade or so. The electricity retailers will increasingly offer new services and products to end-users, and new actors (e.g. aggregators) will appear on the electricity market. Retailers will be able to differentiate themselves on the basis of the services and products offered, and end-users will be able to find tailored solutions to their particular home energy management needs. The Smart Grid of the future will have to be able to accommodate this large diversity in home energy management practices. Some end-users will prefer not to think too much about their energy use as long as the energy bill stays relatively low and stable. For these end-users the traditional flat tariff rates will still be applicable, including the flexibility they might offer on the energy markets. Prosumers might be interested in optimizing the revenue stream from their production units; VPP control companies will help them in achieving this goal. Individual households, neighbourhoods or communities could even be interested in achieving ‘energy autarky’ – i.e. having their energy consumption completely covered by local energy production. Such individual end-users or communities could be offered ‘emergency backup’ contracts for those moments when the local production capacity is not able to meet local demand. In sum, the future electricity grid will truly have to be ‘smart’ in order to cope with the increased complexity of many different end use situations and decentralized energy production.

·         Are there any examples or best practices already there?

Sure. From our research so far, we have already learned a lot about success factors in the engagement of end users in smart grids. I just mention four of these here, more information can be found in a project deliverable (D1.1):

o  Understand your end-user, e.g. by applying segmentation of your target group or investigating in-depth the current practices and daily routines happening in a particular social context;

o  Design user-friendly and easy-to-use feedback, important to minimize the level of effort needed by the end user to operate the new Smart Grid devices.